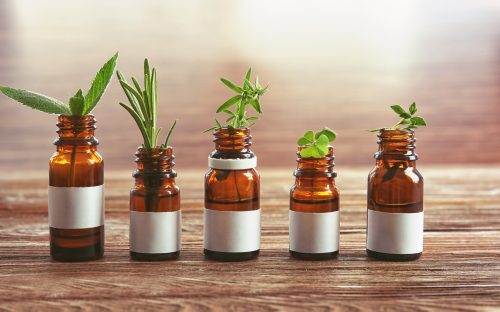 Homeopathic syrup is an effective treatment for reducing the severity of cold symptoms in preschool children, according to a new study in Complementary Therapies in Medicine.

“Over-the-counter homeopathic remedies are being used by an increasing number of people in the United States and can potentially reduce the epidemic overuse of antibiotics and other pharmaceutical drugs,” said lead author Dr. Jennifer Jacobs, clinical assistant professor of epidemiology at the University of Washington School of Public Health. “In this study, we found that children treated with a homeopathic syrup had a significant decrease in upper respiratory symptoms during the early days of the illness compared to those taking a placebo.”

Parents were asked to rate the severity of four cold symptoms — runny nose, congestion, cough and sneezing — in their child during the 24 hours prior to the visit, using a four-point scale, ranging from zero for “none” to three for “severe.”

Among the children enrolled, 128 were randomized to receive the commercial homeopathic cold syrup and 133 received the placebo, which were identical in appearance, smell and taste. Parents administered the medication as needed for three days and noted on a dosage log the severity of the four symptoms one hour after each dose was given. This was referred to as the “baseline.”

Parents were also asked to keep a symptom diary, where twice daily they rated the overall severity of the cold symptoms compared to the baseline. A composite cold score was then calculated.

There was no significant difference in improvement one hour after the dose for any symptom between the two groups. However, analysis of the symptom diaries showed that improvements in sneezing, cough and the composite cold score were significantly greater at both the first and second assessments among those receiving the cold syrup.

“Since there is little evidence that the decongestant, antihistamine or cough suppressant medications commonly used to treat cold symptoms in preschool children are effective, doctors and parents should consider using this syrup to provide symptomatic relief to children with upper respiratory infections,” Dr. Jacobs said. “More studies of homeopathic remedies for specific illnesses need to be carried out to help consumers determine when best to use them, as well as to add to the evidence base about the efficacy of homeopathy.”

Dr. Jacobs partnered with Dr. James Taylor, a professor of pediatrics at the UW and director of the UWMC Newborn Nursery. Dr. Taylor also attends at the UWMC-Roosevelt Pediatric Care Clinic. This study was funded by a grant from the Standard Homeopathic Company, which produces the syrup studied. Dr. Jacobs has worked as a consultant for the company in the past.