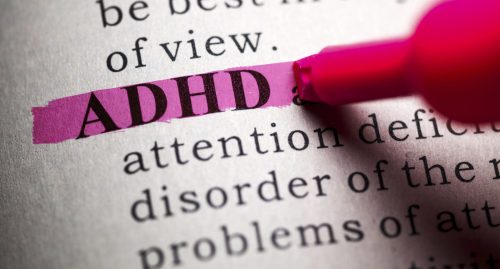 Successfully treated ADD/ADHD over the years.

ADD or The Hyperactive Child: the Homeopathic Approach

As a physician who has successfully treated hundreds of ADD/ADHD patients over the years, and based on my training in different healing modalities (internal medicine, neurology, acupuncture and homeopathy), I think I am in a good position to compare the value of different treatments for these children.

What is normal behavior in a child? I remember when childhood was an ungraded test. Growing up in Belgium, I built forts and played cowboys and Indians. The real clock did not start until high school. Now children get homework in the first grade and parents do anything to help their children get ahead, like putting three-year-olds in a private school for $9,000 a year. Is there still a place for childhood in an anxious America? My own childhood behavior, if I were in elementary school today, would surely trigger a psychological evaluation, followed by the inevitable prescription of Ritalin.

So what about that ubiquitous Ritalin? Why does a stimulant sometimes seem to calm a hyperactive child? Doctors don’t know why. (Ask a homeopath though, and he will tell you about the homeopathic law

“Like Cures Like.” When it works —for a limited time—it’s because the child’s particular symptoms match the behavior stimulated by the drug.) It has now been used for a half century, and one hypothesis of why Ritalin works is that ADHD stems from inadequate dopamine levels in the brain, but proof of this has been tough to come by. What are the latest findings?

This growing availability of Ritalin (its use has increased 7 fold over the past 8 years) raises fears of abuse, while in one study Ritalin caused liver cancer mice (although this was not considered a reason to stop the drug). Well-meaning teachers pressure parents to put a child on Ritalin when they feel his behavior disturbs the classroom. This leads to anguish on the part of the parents, who must decide whether their child’s very active behavior is abnormal to the point of needing treatment and whether to use drugs to control that behavior.

Individualization is the key in treating any chronic condition with homeopathy, but it is particularly important in treating children with ADHD. Symptoms in these children can vary greatly: some are violent and aggressive, others are sweet, sensitive and compassionate, trying to cooperate fully with the physician although unable to concentrate in school. This diversity explains why no one medication, whether prescription or homeopathic, will work for all these children.

Let’s have an in-depth look at homeopathy.

Advantages of homeopathy
Homeopathy is a true science based on laws and principles AND the only scientific way of testing its validity: remedies tested on healthy individuals, not animals neither sick patients as is done in Western medicine. Western medicine has no principles or laws, except that “the Contrary Cures the Contrary.” This is why no therapy in Western medicine survives the test of time. After some years, at first heralded therapies are abandoned and new ones are pursued. They call it progress, but true healing methods have survived centuries of scrutinies. Homeopathy is almost 200 years old while acupuncture survived 5,000 years. What was true and efficient then still is now! What is left of medicine from 200 years ago? Thank God nothing, because deaf people were put in asylums, mental patients got flogged and tortured, while starving, purging and blood letting were crude methods performed by the “star” physicians of that time. That modern medicine still changes its opinions on the drop of a hat is demonstrated daily. AZT, the “miracle” drug for AIDS patients was first advised to be taken not only by full-blown AIDS patients, but also by anyone who tested HIV positive without symptoms. Shortly after this it was found that half of the doses worked as well and cut down on the side-effects. Then a study in Europe showed that AZT did not provide any benefit in prolonging the quantity and quality of an AIDS patient, followed recently by advise in the USA that doctors should not prescribe AZT automatically to AIDS patients. From riches to rags in a couple of years.

Before I start explaining you what homeopathy can do for your ADD child, consider the advantages of homeopathy when compared to Western medicine.

Is it not amazing that despite this long list of the benefits of homeopathy that some not-so-well-intentioned people still label this great science as quackery?

Practical plan for the ADD/ADHD patient
Time-Line for Order of Treatment and Diagnosis
For a physician, every investigation into an illness starts with a good inquiry. Getting the facts together, the symptoms with their modalities and the different factors in the patient’s lifestyle which contribute to the disease are essential in restoring the patient’s health. Yet most physicians neglect the all-important question: “What happened in your life when you became sick or just before you became sick?” I see enough doctor’s reports from my patient. They are explicit enough in the description of symptoms and the enumeration of the different illnesses, but they rarely link the onset of the disease to a meaningful event in the patient’s life. Yet the onset is most often the clue to the solution. For your ADD child, identifying the onset will be your first task. Communicate to your physician the exact circumstances and the first symptoms observed.

Some examples that I have seen in practice will clarify this. Of ten ADD children I treat, they all may be getting the same prescription medication, but they may have ten different beginnings or etiologies. They may have been“never well since” such diverse circumstances as:

I have seen all these factors lead to ADHD cases in my practice. Your pediatrician may not be able to make anything of this information, but a homeopathic physician will come up with ten different remedies for these ten different children. Doesn’t it make more sense to treat the root of the problem, and not merely the little sick branches (the symptoms)? Yet most doctors, alternative or conventional, do little more than trimming the twigs (removing the symptoms) because they do not know how to treat the sick root, the source of the symptoms. Conventional medicine does not have the tools to repair the beginnings of ADD. So they keep on using the few medications that cover some of its symptoms. Only holistic modalities like acupuncture and chiropractic and especially homeopathy are capable of turning ADD patient’s lives around.

Determine What Kind of ADD Child you have: Help through Hereditary (Miasmatic) background
The term “miasm” is an old medical term used in Hahnemann’s time (the 1800’s) and by Dr. Hahnemann himself to reflect a certain “predisposition, a defect” that can be transferred from generation to generation. This theory so well set-out by Hahnemann corresponds to our genetic work of today, except that homeopaths are two hundred years ahead of conventional medicine in applying this theory in practice. For more explanation of miasms, I can refer you to my book Human Condition Critical. For the purpose of this article, it is sufficient to classify these ADD/ADHD children into four major groups, which I will call the Support-Needy, the Stimulation/Excitement Seekers, the Destructive ones, and the Changeable/Restless. As we will see, each of these groups has different symptoms and behavioral expressions, which will reflect the many different kinds of ADD/ADHD children we have. Don’t we have some that can’t pay attention, but are the sweetest kids around? Others are restless and seem to forget the moment you teach them something. Then there are those who feel the need to be malicious and hurt someone, while some ADHD children exhibit the constant need to kiss and touch everyone around. Are all these children alike? Obviously not, so the myth that a drug like Ritalin would cover all of these children is just that, a myth.
Let’s look at the four major groups.

Over stimulation, the ones looking for Excitement

The Dissatisfied and Changeable Ones

Conclusion
Many of the ADHD children will fall under the Stimulation/Excitement group. Yet I have seen ADHD children from all four groups and sometimes symptoms of different groups in one child. The well-trained homeopathic physician will recognize which group is mainly represented in that child. Then his task starts. Each of these groups have numerous remedies. The physician will tailor the remedy to each child, thereby assuring success in the outcome. Often the child’s life is changed on every plane: physically, emotionally, and mentally. Just to give you one example of the hundreds I have been treating:

An 8 year-old child suffered since age 2 from recurrent ear infections. Every cold went to the ears. Now at age 8 he had a 30% hearing loss. He was diagnosed with ADHD because his behavior was asocial, he hated everything, paid no attention, was labeled dumb, and he threatened to kill his mother on a daily basis. After a full examination, it was concluded he belonged to the Destructive group of ADHD. An appropriate remedy was prescribed and taken once only. Result: from the very next day on, his behavior changed dramatically. He became sweet and affectionate. This behavior three months later was still the same, without having to repeat the remedy at all. During this time, he got a cold. Upon examination by his ENT doctor, no ear infection was found. Even more astonishing to the physician, a new audiogram (hearing test) showed a complete normal result. Surprising? Not to a skilled homeopath. Anecdotal? Not if we can repeat such results, and we can! I hope that many parents and teachers alike may discover the wonders of homeopathy: their children’s future is depending on it!